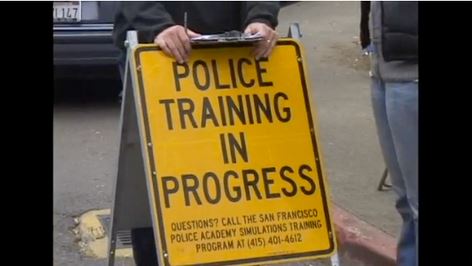 In the wake of the officer-involved shootings of Philando Castile (St. Paul, MN), Alton Sterling(Baton Rouge, LA) and most recently the assassination of five Dallas, Texas officers; I have been doing non-stop interviews with reporters from the national and international news media.

A number of these journalists have been asking me about the de-escalation training I produce for law enforcement. They ask what the “de-escalation” concept refers to and how it works. They ask, “Shouldn’t the police be getting more de-escalation training?” While I generally respond that it is always a good idea that street officers receive more training; I have taken a different view that I’ll share with you. If you agree with me, I hope that you will share this article with others you know; especially the news media and detractors of law enforcement.

By way of introduction, I have been associated with professional law enforcement for over 40 years. I come from a law enforcement service “family.” My wife was a member of the Los Angeles Police Department and one of our sons is a police officer. I have been a street officer, undercover officer, detective, academy instructor and an academy director. I have trained officers for thirty-six years nationally and internationally and began teaching de-escalation courses after the infamous Rodney King riots in the early 1990’s. I have also taught at every level of the American education system, from middle school to university Master’s degree programs.

In most states police recruits study and are tested in over forty-three separate topics of instruction during an intense six-month academy. During this period, they must demonstrate written and physical/practical competency with a minimum passing score of between 80% to 100% in all subjects. Cultural and sexual diversity, tactical communication, laws of arrest/search and seizure; civil rights, victimology, preliminary investigations, forensics; mental health, drug influence; traffic enforcement and investigations; physical training and use of force/deadly force comprise just a few of the many subjects covered. This level and time compression of education and training is far more demanding; and more intellectually and physically challenging than any university I am aware of.

The reason that police academies are far more demanding than universities is because police officers must deal daily with the real and not theoretical difficulties, challenges and life risks of society. Officers are trained to respond to and often make split-second life and death decisions under circumstances that the U.S. Supreme Court has described as “rapidly evolving, tense and uncertain.” 1

The police academy is just the beginning of a probationary officer’s training experience. After the police academy, comes a three to four-month Field Training Program, where recruits are intensely supervised by personal Field Training Officers (FTO’s) and evaluated each day on over thirty separate codified police practices. After the FTO program, police recruits are shadowed on their calls for another six months before being considered as a “solo beat officer.” Police recruits also undergo a probationary period of from one to two years before being accepted as fully certified officers.

Police vs. the public’s education – Now let’s compare the education and training that police officers receive to that of some in the general public; including politicians, the liberal media and Black Lives Matter movement who enjoy chastising and criticizing police officers.

In the U.S., civil rights are generally not a topic of discussion in middle school and are barely covered in high school. Rather, students learn about civil rights leaders and perhaps their First Amendment rights of freedoms of speech and assembly. Fourth Amendment rights pertaining to law enforcement encounters, detentions, arrests, searches and seizures are almost never covered. Appropriate behavior during police encounters, the rule of law and police practices are rarely if ever covered unless one takes a constitutional law class in college or a university.

Nearly every university professor I am acquainted with who teaches constitutional law, has little to no idea how police officers are trained. They lack an understanding in the legal concepts of an officer’s “collective knowledge.” They generally misunderstand the standards of proof officers rely upon to stop/detain, investigate, search and/or arrest such as reasonable suspicion and probable cause. They know very little about federal case law standards of police practices. This becomes evident when I am asked to step into their classrooms to teach these concepts and I quiz their university “scholar” students in Master’s degree programs. This is disgraceful and a true disservice to American society.

Who really needs the training? I have come to the conclusion that it is generally not the police who need more training including “de-escalation,” diversity, sensitivity and civil rights training; it is the American public. The Millennium Generation has absolutely no understanding of what their actual civil rights are – and more importantly, are not. They have no idea what the legal constraints are with respect to their behaviors during police encounters. They have no awareness as to why they get detained and arrested for the stupid things they say and do. Most of their parents are worse than their offspring are.

Young people and most adults have no understanding of how police officers are trained and how that training combined with their non-compliant, suspicious, potentially threatening and/or active physical resistance become part of the calculus of the peaceful, or defensively forceful response by police their actions precipitate. 1 Case Cite – Graham v. Connor, 490 U.S. 386 (1989)

A simple rule to live or die by – Literally every so-called “controversial,” high-profile officer- involved death case bears example of this one simple fact. People who don’t make stupid life decisions; are compliant with police when contacted; and who don’t resist detention or arrest; almost never have problems with police; or end up hospitalized or in a morgue. It’s just that simple. Want some contemporary examples to prove this simple rule? Do the names Michael Brown, Freddie Gray and Anton Sterling sound familiar? They should. Five Dallas officers ultimately lost their lives last week because of the general public’s self-centered, brazen ignorance.

Sensitivity training – It takes a special person to risk their life for those who care so little. Police officers are not your lackeys. They are not separate from you. They are you. They come from your communities. They are your former or current classmates; your friends; your relatives. Police do not create society’s problems; they respond to them. People create society’s problems they consistently make stupid life decisions. Young men impregnate teenage girls because they are selfish, insensitive and controlling. They abandon their children for the same reasons. Teens cut and drop out of school because they are too weak; and/or because their father figures abandoned them. Some teens join gangs and/or take drugs for the same reasons.

Ron Martinelli, Ph.D., CMI-V, is a nationally renowned forensic criminologist, police expert and a Certified Medical Investigator, who directs the nation’s only multidisciplinary Forensic Death Investigations & Independent Review Team. Dr. Martinelli, is the author of the new best-selling book, “The Truth Behind the Black Lives Matter Movement and the War on Police,” His forensic site is http://www.DrRonMartinelli.com

WATCH: “Why don’t police shoot people in the legs?” by Donut Operator

Why Cops tend to shoot assailants with knifes, they can be more dangerous

"Since the 5 Dallas Police Officers and the 3 Baton Rouge Cops were assassinated I have been fighting the false Black Lives Matter Narrative and studying it's related issues. It will be my passion and goal for years to come to fight and stop the Black Lives Matter Movement Agenda and False Narrative. It simply is NOT TRUE that Black Lives DO NOT MATTER to a large portion of Americans, and it is also not true that cops are hunting black guys and it is not true that America is a racist White Supremacist country. And despite what the Anarchist say the good old USofA is not a "police state" because constitutional small government conservatives have up to this point some-what successfully resisted the "BIGGER GOVERNMENT is BETTER GOVERNMENT" of the "Progressive Left - Neo-Liberals". If you insist on saying we live in a police state then I suggest you go to Iran or North Korea and go around talking about how Iran and North Korea are police states and see how that works out for you" - Captain Howdy View all posts by Captain Howdy

This site uses Akismet to reduce spam. Learn how your comment data is processed.

This Is The Easiest & Best Way To Use This Site